WILL THE GOVERNMENT COLLAPSE WITHOUT INCOME TAX REVENUES?

The answer is no. As you will see from the pie charts below, the "income tax" goes to pay the usury to the bankers who own the private Federal Reserve. For those who doubt that the "Fed" is indeed private, I invite you to do your homework down at the law library and you'll find a treasure trove of cases where the courts consistently rule that the "Reserve Banking System" as they call it, are "locally owned and privately controlled corporations."

Congress sets a budget. There is never enough money to pay for all these cash cows of special interest groups, so there is a shortfall (deficit). The money collected by the IRS goes for fraud, waste and to pay down this invisible "national debt". Thus, Congress is dependent upon social security taxes, excise taxes, etc. The situation will only get worse until this private banking cartel is shut down and according to an article in the Wall Street Journal, October 7, 1998, in a decade or so, payroll taxes will be a whopping 55%! How do you suppose you're going to live on what's left after all the other taxes you pay to state and local municipalities? This insanity just can't continue.

You will never get big enough raises because you'll just see that increase eaten by taxes. People are now being forced to charge what they allegedly owed to the IRS on credit cards last month. The more we make, the more they will take because the interest on this national debt continues to compound daily - think about 10% interest charged every day on $5.9 trillion dollars. The debt grows at a rate of $9 million dollars a second. This is sick. The government is paying the bills with social security, excise taxes, military hardware sales, etc. Roughly $16 billion from the private "Fed" gets dumped into the Treasury under the Federal Reserve Act itself. That will buy 8 of our stealth bombers. Congress will probably approve the budget this year at around $1.6 trillion. Does anyone see a problem here? Cut out the "Fed" and you remove the middle man. Nothing real complicated here except for the fact that 90% of Congress have no clue about our monetary system and the American people as a whole, tragically, don't have a clue either and most of them don't even want to know.

Don't panic yet, there is a solution to this problem. First, if everyone stopped filing tax returns and quit paying on April 15th, the government wouldn't shut down because the government does not depend on this money to fund it's lawful and unlawful activities. Second, Congress must abolish the privately owned "Fed," sell off its assets and put those trillions in the U.S. Treasury where they belong. Third, Americans must be told the truth about social security, because that system, just like our fiat money system, is a flimsy house of cards just waiting for a gentle breeze to collapse the whole thing.

The report mentioned above the pie chart and presented to Reagan's Executive Committee can be obtained from the government. Congress doesn't want the IRS to go away because if this happened, they wouldn't be able to spend, spend, spend and borrow, borrow, borrow from the private bankers. What has been done to the American people is morally criminal. Former Congressman Francis H. Shoemaker said the Federal Reserve Bank

was "the greatest steal in American history."

"...it is a monstrous thing for this great Nation of people to have its destinies presided over by a traitorous government board acting in secret concert with international usurers."

"Strictly speaking, it probably is not necessary for the federal government to tax anyone directly; it could simply print the money it needs. However, that would be too bold a stroke, for it would then be obvious to all what kind of counterfeiting operation the government is running. The present system combining taxation and inflation is akin to watering the milk: too much water and the people catch on." 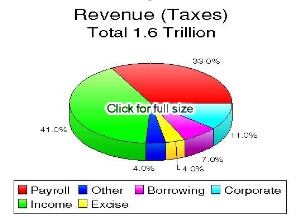 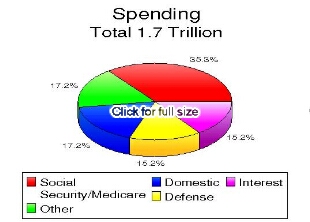 I am compelled to remind all of us about some words from one of America's most respected Founding Fathers: Patrick Henry, March 23, 1775:

"For my own part I consider it as nothing less than a question of freedom or slavery...It is only in this way that we can hope to arrive at truth, and fulfill the great responsibility which we hold to God and our country...

Sir, we have done everything that could be done to avert the storm which is now coming on. We have petitioned; we have remonstrated; we have supplicated; we have prostrated ourselves before the throne, and have implored its interposition to arrest the tyrannical hands of the ministry and parliament. Our petitions have been slighted; our remonstrances have produced additional violence and insult; our supplications have been disregarded; and we have been spurned, with contempt...An appeal to arms and to the God of Hosts is all that is left us!

...Sir, we are not weak, if we make a proper use of the means which the God of nature hath placed in our power. Three millions of people, armed in the Holy cause of Liberty, and in such a country as that which we possess, are invincible by any force which our enemy can send against us.

Besides, sir, we shall not fight our battle alone. There is a just God who presides over the destinies of nations; and who will raise up friends to fight our battle for us. The battle, sir, is not to the strong alone; it is to the vigilant, the active, the brave...

Is life so dear, or peace so sweet, as to be purchased at the price of chains and slavery? Forbid it, Almighty God! I know not what course others may take; but as for me, give me liberty or give me death!"

Substitute Congress and the White House for the ministry and parliament. We the people have petitioned, remonstrated, supplicated and prostrated ourselves before Congress and the courts. To no avail. This is not a call to arms in the same vein as Patrick Henry was calling for in his speech. If this government refuses to attend the symposium to answer perfectly valid questions about the 16th Amendment, the income tax, social security, etc., that will tell us that they cannot defend their position. We the People still have the power to bring this Congress to their knees without violence but rather by simply following the law as has been explained in IRS Showdown.

Don't say: "Well, I'll do it if so-and-so's going to quit filing." "Gee, I'd like to but who else is going to do this, I don't want to do it alone." Make up your mind one way or the other, put your conviction and commitment in concrete and stand tall for all the sacrifices made by people like Patrick Henry, Bill Benson, Nathan Hale and so many others. If not now, when?