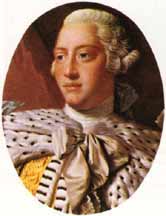 People are all in a dither over the proclamation that President Bush "doesn't need" Congressional approval to go to war with Iraq:

Some See Such Support As Politically Helpful

"Lawyers for President Bush have concluded he can launch an attack on Iraq without new approval from Congress, in part because they say permission remains in force from the 1991 resolution giving Bush's father authority to wage war in the Persian Gulf, according to administration officials.

"At the same time, some administration officials are arguing internally that the president should seek lawmakers' backing anyway to build public support and to avoid souring congressional relations. If Bush took that course, he still would be likely to assert that congressional consent was not legally necessary, the officials said."

Why are Americans surprised by this? Doesn't anyone remember the candid interview given by former Labor Secretary under Bill Clinton, Robert Reich, January 7, 1999, USA Today:

"The dirty little secret is that both houses of Congress are irrelevant." Reich cut to the chase when he said that "America's domestic policy is now being run by Alan Greenspan and the Federal Reserve and America's foreign policy is now being run by the International Monetary Fund [IMF]." And, "...when the president decides to go to war, he no longer needs a declaration of war from Congress."

Art. 1, Section 8: Powers granted to Congress - not the President:

To declare war, grant letters of marque and reprisal, and make rules concerning captures on land and water;

The checks and balances built into the U.S. Constitution by those who wrote it did so for a very good reason: They didn't want another monarch sitting in the White House making war when ever it would be helpful for power grabs or approval ratings.

The U.S. Congress long ago abrogated their authority, not just with the central bank issue, but war - perpetual war around the globe. We have no legitimate U.S. Senate (http://www.devvy.com/17amend.html).

The frauds who serve currently are chirping we should ask the Communist United Nations for permission to go to war:

"Washington, Aug. 25 (Bloomberg) -- The U.S. should build support for ``regime change'' in Iraq by seeking a United Nations resolution requiring Iraq to reopen its weapons program to inspections, two senators and a former secretary of state said.

``It would move us into the moral high ground in appealing to our allies for their collaboration and gaining support of the world for whatever form of action we end up taking against Iraq,'' Graham said on ``Face the Nation'' on CBS. ``It would be a significant part of building the case'' against Iraq."

Are you packed for Iraq?

Same article as above, the #3 dog in the House, Tom DeLay, said this:

``The president instinctively knows what needs to be done here. We need to rid ourselves of this evil,'' DeLay said. ``Others will join when you show strong leadership, like President Bush has shown.''

"DeLay said although there would be U.S. casualties in a military strike to overthrow Hussein, ``I have every expectation that you'll see a huge surrender of troops, including his most elite troops, as soon as we start moving.''

Mr. DeLay talks about American casualties in a war to get rid of Saddam Insane. Allegedly, supposedly, the American people are clamoring to send our military to Bagdad to die to rid the world of evil Saddam - the same evil man the U.S. funded and helped get his military regime well set with weaponry.

How many of those chanting war have their suitcase packed and are ready to go over there and do what our military will have to do? Any potential 'casualties' stepping forward? No, of course not. It's much easier to let someone else's husband, son or father get killed in a foreign land to satisfy the architects of the new world order.

War is business and business is getting better all the time. Congress is just there these days for public consumption to keep the illusion alive that they actually are performing their constitutional duties. They aren't. They spend their time passing unconstitutional junk laws strictly for social engineering and welfare perks, both to the rabble of the mob clamoring to be fed and to their corporate sponsors.

I am concerned for the security of our great nation, not so much because of any threat from without, but because of the insidious forces working from within.
---General Douglas MacArthur.