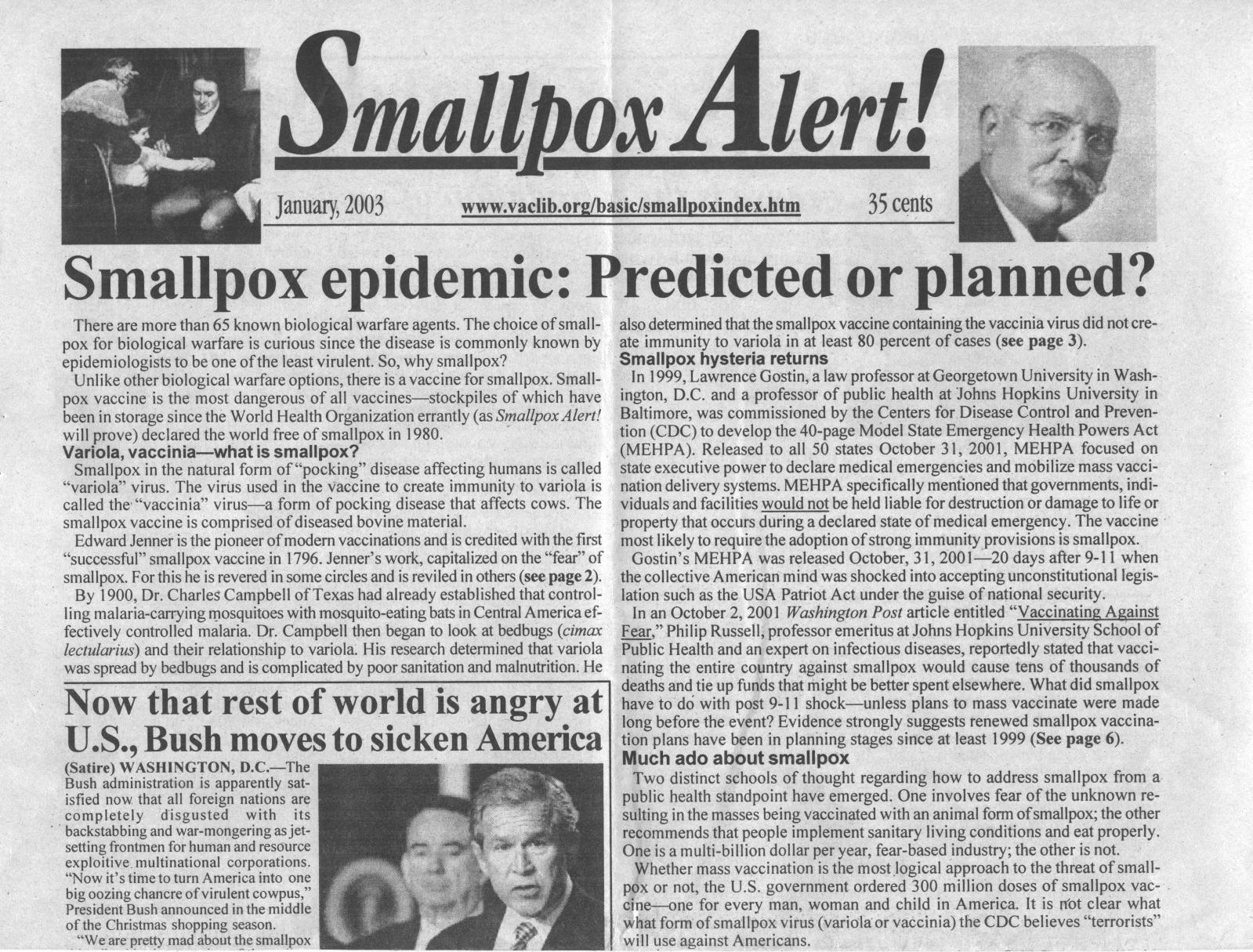 I have just ordered 200 copies of a special edition newspaper put out by the excellent Idaho Observer. This 8-page special should get in the hands of your friends, family, neighbors, people at work, anyone you know in the reserves or active military.

Help stop the ignorance in America about smallpox. Help stop the mass effort to scare the American people into making bad decisions about diseases like smallpox.

The government media's apparatus will not let up with their never-ending propaganda and lies. It's up to each and every one of us to spread the word. Yes, it's more money and I'd rather be fishing, but priority versus importance.

When you run out, buy some more. If this is a little much for your budget right now, call a friend or two and split the bill. If you own your own company, buy a hundred and get them out to your employees. A sick and ailing nation cannot fight a tyrannical government.

In this special edition:

Now that the rest of the world is angry at U.S., Bush moves to sicken America

Who was "Dr." Edward Jenner?

Note: James Phipps, the eight-year-old boy initially vaccinated by Jenner in 1976, was re-vaccinated 20 times, and died at the age of 20. Jenner's own son, who was also vaccinated more than once, died at 21. Both succumbed to tuberculosis- a condition that some researchers have linked to the smallpox vaccine.

Who was Dr. Charles Campbell?

Why were smallpox shots discontinued?

Questions to ponder before vaccination

Vaccination: It isn't just about smallpox